Between Annaberg-Buchholz and Schwarzenberg the "Erzgebirgische Aussichtsbahn" runs for excursion guests on a few weekends. But this railway line, which is 25 km long, can be used for other purposes: To test railway technology on a demanding track profile under real conditions like ups, downs and curves.

The technologies for the future of rail transport - Connected Rail and automated rail travel - are secure. The region has a strong network of engineering, mechanical engineering and supplier competencies.

Under the leadership of Chemnitz University of Technology, partners from science and industry have  joined forces in the "Smart Rail Connectivity Campus". It was accepted by the Federal Ministry of Education and Research in a two-stage process and received funding of 15 million euros in April 2019. With this funding, they intend to implement their innovation concept within 5 years. In addition to Deutsche Bahn and Thales, these include technology companies such as Siemens and Nokia as well as the Fraunhofer Institute, the DLR and various universities. A total of around 120 partners are involved. 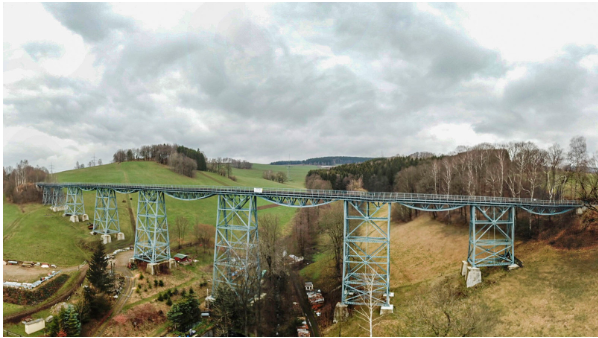 But not only the companies can participate. The SRCC has a "LivingLab" e.g. for developments, assessments and evaluations of technologies. In addition, many innovative developments such as hybrid drive technologies, smart sensors or intelligent traffic infrastructure are created.

The first test drive with the LUCY started in March 2019. A laser scanner and a stereo camera system were attached to the test train, which was able to record important data from the surroundings during the ride, which are collected for automated rail travel. For this Vodafone built a mobile lattice mast with two 5G antennas. The signal from the railcar was transmitted via cameras to a vehicle of the German Aerospace Center (DLR), where a train driver with a screen and control buttons sat and controlled the journey. "It's the first time in the world that a train teleoperated over 5G", said Sören Claus, technical manager of the project. And it won’t be the last time. 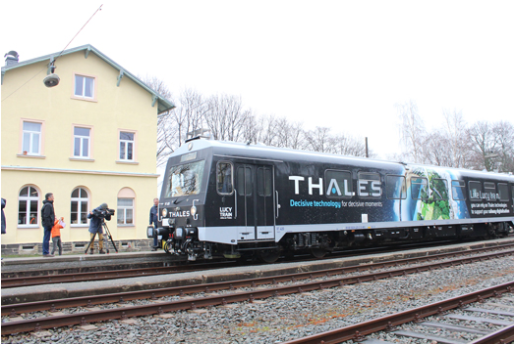 Following positions at B2B- businesses in IT and wholesale he worked for 2,5 years at HHL and the SMILE startup initiative in the field of entrepreneurship and as freelance consultant. He holds a MSc from Leipzig University and a PhD from HHL.